As long as Japanese people have lived abroad for a long time and return to Japan, what you want to eat first, it would be natto. To foreigners, it probably to become the number one Japanese food which can not be eaten.

However, recently attracting attention from all over the world that this natto is good for your health. So I will introduce this natto this time.

Natto is a fermented food that fermented soybeans mixed with Bacillus natto. Soybeans are rich in nutritious food, as it is said to be ‘farm of the field’, but if you just boil, if you eat too much due to the digestion inhibiting enzyme called trypsin inhibitor, you may cause dyspepsia and diarrhoea. However, fermentation not only disappears of this enzyme but also increases vitamins and umami by the action of Bacillus natto. Further abundant proteins are broken down into amino acids and produce various effects to us.

What Kind of Bacteria is Bacillus Natto?

Bacillus natto is an elongated rod shape (fungus) found by Masahiro Sawamura in 1905 (Meiji 38). Originally living in the straw, it is said that 10 million rice sticks adhere to 1 rice straw. Most of the things sold now by Styrofoam, but in the old days, they were wrapped in straw. By wrapping it in the straw, the heat keeping effect is raised, and Bacillus natto also increases easily.

However, Bacillus natto is wrapped in a durable shell called spore, so you can survive even in harsh environments. To be surprised, it seems to be OK even in sunlight ultraviolet rays and hot water, and even -100 ° C. You can buy frozen natto at a Japanese foodstuff shop, as go through this principle, it means that natto bacteria are not dead even it’s frozen! 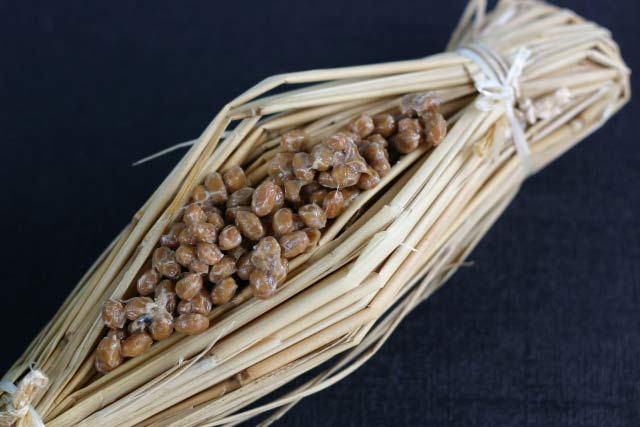 The first character that comes out natto is ‘Shin Sarugaku’ written by Heiji Fujiwara (Akihira) in the Heian era (794 to 1185). It is said that it originated from what was made of ‘delivery’ (monikeru), where the priest plays a bribe in the temple. However, natto at this time seems to be a black and salty type with no sticky.
There are various episodes and legends in the birth of necto (natto fermented bean) we are eating the current style. The most famous story is in Ibaraki prefecture. The anecdote of Yawata Taro Yoshiie (Genjiya), During the battle in ‘The Three Years’ Role (1083), we had the warriors carrying cooked beans covered in straw. When we took a break in Mito area, Ibaraki prefecture, it was fermented well and very delicious, so it was the beginning of making Natto. This is said to originate from Mito-natto.

Why is Natto so Sticky?

Natto’s stickiness is mucin that Bacillus natto produces when fermenting soybean and glutamic acid is bound. Glutamic acid is a famous amino acid as a taste component of kombu, but the unique flavour of natto is also due to this.
Besides natto, mucin is also contained in okra, taro, and stewed leeky ingredients, but the surface of the mucosa of our body is also covered with mucin. Especially the stomach is thick, the stomach is not dissolved by stomach acid because it is protected with mucin. 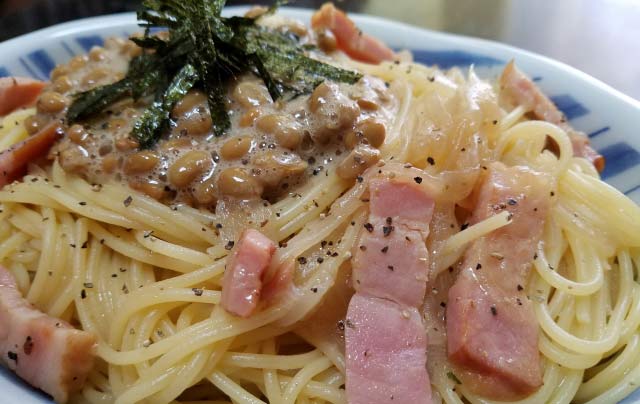 Natto contains abundant digestive enzymes. This enzyme is quite important for digesting what we ate and absorbing it as a nutrient to the body. Enzymes are something that can not live without it, not only digesting and decomposing food but also maintaining your healthy lifestyles.

How to eat Natto?

So, Natto is very good for you.

But how could we eat them?

There are several ways to eat them as normal Japanese people eat directly with soy sauce. I put egg york and seaweed as well as some of the Japanese dashi power to add more flavour.

Also, you may use them adding into miso soup with spring onions, you can just add ordinary miso soup.

Or as the photo shows, you can add on to the pasta.

This site uses Akismet to reduce spam. Learn how your comment data is processed. 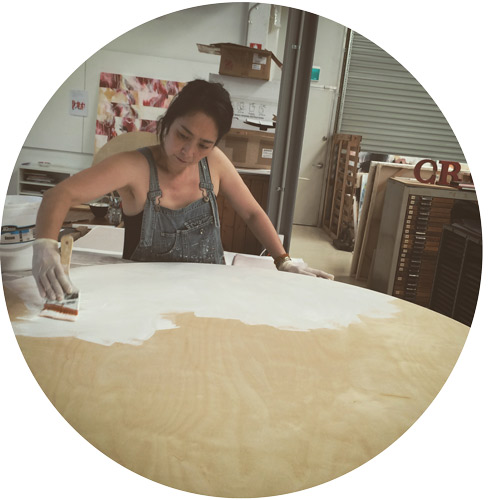 I am an artist who immigrated from Japan to Australia, Sydney in 2000. After immigrating to Australia, I graduated to National Art School, majored in printmaking in the master’s course, and now I am producing some paintings. I will explore various mediums.

This error message is only visible to WordPress admins

Make sure this account has posts available on instagram.com.